Help prevent environmental collapse due to contaminated or depleted groundwater sources. Knowing where groundwater originates and how important it is to our planet will help you make more educated decisions about your water usage and waste. 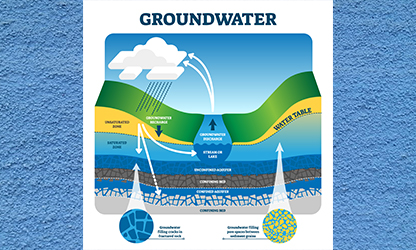 powi.ca gathered information about what groundwater is, its importance, and how you can help preserve and protect it.

Groundwater is the water present or trapped beneath Earth’s surface in rock and soil pore spaces and in the deep fractures of rock formations. About 30 percent of all readily available freshwater in the world is groundwater. A unit of rock or an unconsolidated deposit is called an aquifer when conditions permit it to yield a usable volume of water.

Note: The upper surface of the underground saturated zone is called the water table. Contrary to popular lore, groundwater does not form underground rivers.

How Is Groundwater Formed?

Groundwater forms when water from the surface (including rainwater) seeps into the ground. This process is known as recharge. The water is able to move underground through the rock and soil by way of connected pore spaces.

Ninety-eight percent of Earth’s available freshwater originates as groundwater. It is about sixty times as plentiful as the freshwater found in all lakes and streams. Water in the ground travels through pores in soil and rock, and in fractures and weathered areas of bedrock.

How Does Groundwater Get Polluted? 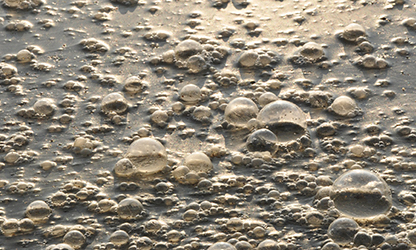 Groundwater contamination or pollution is nearly always the result of human activity. In higher population density areas and where human use of the land is intensive, groundwater is especially vulnerable.

Virtually any activity in which chemicals or wastes are released to the environment, intentionally or accidentally, has the potential to infiltrate and pollute groundwater. When groundwater becomes contaminated, it is challenging and expensive to clean up.

Note: Depending on its physical, chemical, and biological properties, a contaminant that has been released into the environment (in any volume) may move within an aquifer the same way groundwater moves.

What Is Saltwater Intrusion?

Groundwater pumping can reduce water pressure and freshwater flow toward coastal areas, causing saltwater to be drawn toward the freshwater zones of the aquifer. Saltwater intrusion decreases freshwater storage in the aquifers and can result in the abandonment of wells.

Note: The problem is that water desalination requires tremendous amounts of energy. Salt dissolves quite easily in water, forming strong chemical bonds, and those bonds are extremely challenging to break. The energy and technology to desalinate water are both expensive, and this means that desalinating water can be excessively costly.

Why Is Groundwater Important? 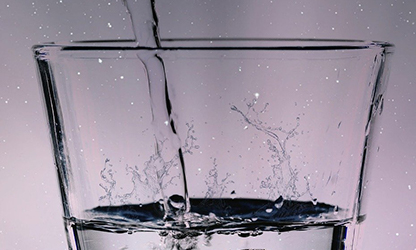 Groundwater resources supply nearly half the world’s drinking water and support the farms that feed us. And that’s just the beginning; consider the following:

Note: Unlike the concern generated when major above-ground reservoirs reach critically low levels, many of our aquifers have been quietly overused for decades and are not being replenished at rates that can meet current demands.

How Can I Preserve Groundwater?

Contaminated groundwater is very difficult and expensive to clean up. Solutions can be found after groundwater has been contaminated, but this isn’t always easy. The best course of action (worldwide) is to adopt pollution prevention and conservation practices that protect vital groundwater supplies from being contaminated or depleted in the first place. Consider the following conservation/preservation suggestions:

In this article, you discovered what groundwater is, why it is so essential to the ecosystem, what pollutes it, and how you can help protect it.

Knowing how to conserve and preserve groundwater will help every aspect of the world’s ecosystems thrive and continue benefitting from ample freshwater supplies.

Ignoring the need to preserve and protect groundwater will leave communities without sufficient potable water and contribute to the extinction of species dependent on clean groundwater for their survival.