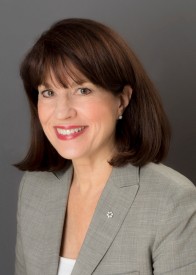 Adèle Hurley is the Director of the Program on Water Issues at the Munk School of Global Affairs at the University of Toronto. In the 1980s, during the early days of the Reagan Administration, Adèle moved to Washington and co-founded the Canadian Coalition on Acid Rain. For several years she worked on a successful campaign that brought about amendments to the US Clean Air Act, as well as regulations that reduced acid rain-causing pollutants from large Canadian emitters. In the early 1990s she was appointed to the Board of Ontario Hydro. In 1995, she was appointed by the Prime Minister’s Office to serve as Canadian Co-Chair of the International Joint Commission, which oversees Canada/US Boundary water issues under the Boundary Waters Treaty of 1909. Adèle has served as a member of the Canadian Federal Government’s International Trade Advisory Committee – Task Force on Environment and Trade Policy, the Board of Directors of the Ontario Power Authority, and the Water Advisory Board of the Columbia Basin Trust.

She is Member of the Order of Canada and a Fellow of the Royal Society of Canada.

POWI Director, Adèle Hurley, appointed to the Order of Canada

The Order of Canada is one of our country’s highest civilian honours, and was established in 1967to recognize outstanding achievement, dedication to the community, and service to the nation.

More information about the Order of Canada Appointments is available on the website of the Governor General of Canada.

On September 9, 2014, it was announced that Adèle Hurley, Director of the Program on Water Issues at the Munk School of Global Affairs, University of Toronto has been elected by the Royal Society of Canada as a Specially Elected Fellow. Hurley is one of three Specially Elected Fellows who join 83 new Fellows, three Foreign Fellows, and one Honourary Fellow in the 2014 awards. Election to the academies of the Royal Society of Canada is the highest honour a scholar can achieve in the Arts, Humanities and Sciences.

Founded in 1882, the Royal Society of Canada (RSC) comprises the Academies of Arts, Humanities and Sciences of Canada. Its mission is to recognize scholarly, research and artistic excellence, to advise governments and organizations, and to promote a culture of knowledge and innovation in Canada and with other national academies around the world.

In its Media Release, the Society noted “The RSC warmly welcomes this year’s 90 newly elected Fellows. These outstanding scholars, artists and scientists will be joining the Society due to their outstanding work in the arts, humanities and sciences.”

The Nomination Citation for Hurley reads “Renowned nationally and internationally, Adèle Hurley advocates passionately, skillfully and intelligently on behalf of Canadians for the protection and preservation of air and water resources. Co-founder of the Canadian Coalition on Acid Rain, the largest, single-issue citizens’ coalition in Canada, she helped secure emissions cuts from Canadian and US industries. As Director of the Program on Water Issues, she continues to advocate for science-based decision-making on important water resource issues.”

This year’s new Fellows will be inducted to the academies of the RSC during the Induction and Awards Ceremony on Saturday, November 22, 2014 at Fairmont Le Château Frontenac in Quebec City.

For more information and a list of the newly elected Fellows and their nomination citations, see  http://rsc-src.ca/en/friends-partners/newsroom/press-releases/royal-society-canada-names-new-fellows

Click here to read remarks delivered by Adele Hurley on November 17, 2014, at the RSC Celebration held by the Munk School of Global Affairs, University of Toronto.